HomeBlogUncategorizedTihar: The Festivals of Lights

Tihar: The Festivals of Lights 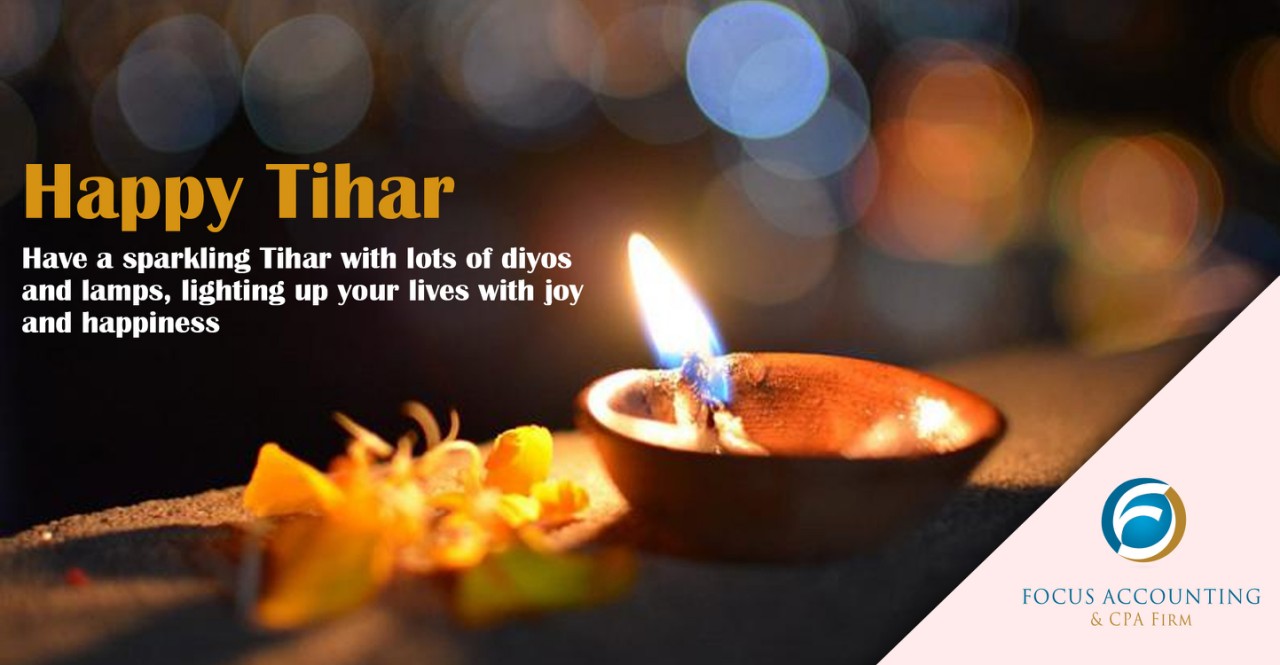 Tihar: The Festivals of Lights

The autumn season is a period of great festivities in Nepal. Barely two weeks after the conclusion of their biggest festival, Dashain, Nepali Hindus passionately engage themselves in celebration of another major festival, Tihar. This five-day festival honors and celebrates the affectionate relationship between humans and animals and between brothers and sisters.

During Tihar, also known as the festival of lights, every house is decorated with flowers and illuminated with traditional oil lamps, candles and electric lights, and the aroma of flowers and sel rotis (traditional Nepali sweet bread) and other delicacies fills the air.

Crows are worshiped on the first day of Tihar. In Hindu mythology, crows are regarded as the messengers of Yama, the god of death. It is believed that crows bring news, either good or bad, to people every morning. On this day, people leave sweets and other food items for crows on their rooftops so that they bring good news.

Similar to crows, dogs are also regarded as the messengers of Yama. In Hindu mythology, dogs hold an important place as they are known to be the vahan (vehicles) of Bhairav, a fierce manifestation of Lord Shiva. It is also believed that dogs guard the doors of Narka (hell), for the god of death. Acknowledging the loyalty of dogs, they are worshiped with tika and garlands and offered a variety of food items on the second day of Tihar.

The third day of Tihar comprises two main events: Gai Tihar and Laxmi Puja. The cow is regarded as a mother and a symbol of prosperity in Hindu mythology. So people honour cows on this day by worshiping them and offering them delicacies.

In the evening of the same day, goddess Laxmi, the goddess of wealth, is worshiped. It is believed that goddess Laxmi visits every house on this day. Thus, to welcome her, every house is cleaned and decorated with lights, lamps, and flowers, and all the doors and windows are left open. People also go door to door singing Deusi and Bhailo, traditional songs sung during Tihar, and every household offers them food and money in return.

This day holds special significance for the Newar community as they perform Mha Puja, which is a worship of the self, and celebrate their new year. This year’s Mha Puja marks the beginning of Nepal Sambat 1139.

The last day of Tihar is Bhai Tika where sisters pray to Yama for the longevity and prosperity of their brothers and brothers promise to protect their sisters until they die. Both brothers and sisters put tika on each other’s forehead. The sisters offer different food items to their brothers and the brothers give gifts and money in return. The Rani Pokhari temple in Kathmandu is opened to the public only on this day, especially for those who have no brother or sisters.